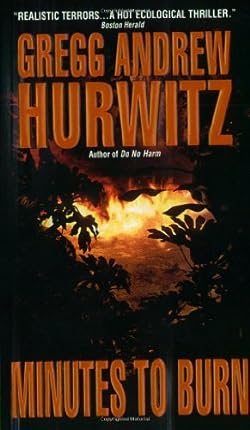 Cameron Kates, a hard-hitting Navy SEAL hiding the secret of her early pregnancy, gets pulled begrudgingly into a mission with her husband, Justin. Along with a ragtag squad of soldiers, ordered on this babysitting mission against their will, she must escort Dr. Rex Williams, a renowned ecotectonicist, to the chaotic continent. Rex is forced to brave the extreme and unprecedented dangers of such an expedition for one reason alone–so that he can position critical seismic equipment on Sangre de Dios, a desolate and depopulated island in the Galapagos. Others have recently vanished from the island without a trace.

Cameron’s platoonmates–a crackpot demolition expert, a chief who wears her brawn over her considerable intelligence, an unhinged lieutenant recovering from a personal tragedy–are an erratic but expert crew. Yet ultimately it is the newcomer, William Savage, a brooding Vietnam vet with raging warrior instincts, from whom Cameron must learn when the straightforward mission escalates into a battle for survival.

In the forest of the island awaits a scientific phenomenon the likes of which man has never witnessed. As the stunned scientists and soldiers furiously unravel the threads of the ecological mystery they’ve encountered, they discover that they’re trapped within a lethal, predatory battle where only the fittest survive. And the fate of the world is hanging in the balance.

A riveting and spine-tingling thriller, Minutes to Burn takes you on a terrifying, unforgettable expedition through an ecological disaster in the not-too-distant future. This of-the-moment story of daring and terror in Darwin’s backyard is one of today’s most compelling and unrelenting reads.