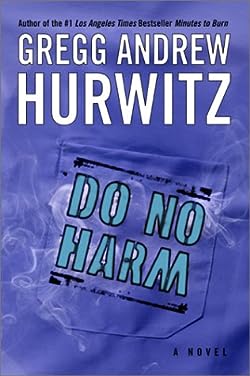 The doors to the UCLA Medical Center Emergency Room burst open and a young nurse stumbles in — blinded, her once-beautiful face hideously blistered and burning from a savage attack by an unknown assailant. A dedicated physician, E.R. Chief Dr. David Spier is no stranger to the terrible ravages of senseless violence. But this tragedy hits too close to home; the victim is a colleague.

A second violent assault suggests the unthinkable: a disturbed man is stalking the Medical Center, and specifically the women who work there. It’s up to Dr. Spier to keep the emergency room running smoothly and efficiently, even as his terrified co-workers wonder who might be next. But destiny is about to place him at the very center of a media frenzy that erupts in the wake of the attacks — when the brutal assailant himself is dragged into the E.R. in handcuffs and placed under Dr. Spier’s care… as a patient.

But when he uncovers the abuse the assailant suffered as a child in a psychological experiment Spier’s own mother signed off on decades ago, David puts his career in jeopardy to keep Clyde Slade safe from a policeman bent on vengeance, even after Slade attacks the woman David loves and threatens his life.

Gregg Andrew Hurwitz packs the pages with enough medical details and procedures to keep ER fans satisfied until summer reruns are over with this foray into Jonathan Kellerman territory. Spier’s no Alex Delaware, at least not yet, but while Hurwitz has a way to go before he approaches Delaware’s creator in plotting and pacing, he’s on the right track.