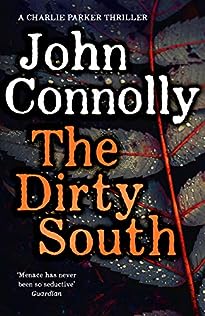 It is 1999, and someone is slaughtering young women in Burdon County, Arkansas.

But no one in the Dirty South wants to admit it.

In an Arkansas jail cell sits a former NYPD detective, stricken by grief. He is mourning the death of his wife and child, and searching in vain for their killer. Obsessed with avenging his lost family, his life is about to take a shocking turn.

Witness the dawning of a conscience.

Witness the birth of a hunter.

Witness the becoming of Charlie Parker.

In this book we find Parker fresh off the police force not long after the death of his wife and daughter in a small town, Cagill, Arkansas. He was just passing through at the beginning of his hunt for his family’s killer. Upon searching for clues in that case, he becomes tangled up in a local murder mystery involving the deaths of three young girls.