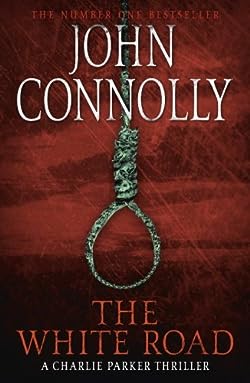 After years of suffering unfathomable pain and guilt over the murders of his wife and daughter, private detective Charlie Parker has finally found some measure of peace. As he and his lover, Rachel, are awaiting the birth of their first child and settling into an old farmhouse in rural Maine, Parker has found the kind of solace often lost to those who have been touched by true evil.

But darkness soon descends when Parker gets a call from Elliot Norton, an old friend from his days as a detective with the NYPD. Now practicing law in Charleston, South Carolina, Elliot is defending a young black man accused of raping and killing his white girlfriend, the daughter of a powerful Southern millionaire. Reluctantly, Parker agrees to help Elliot and by doing so ventures into a living nightmare, a bloody dreamscape haunted by the specter of a hooded woman and a black car waiting for a passenger who never arrives. Beginning as an investigation into a young woman’s death, it is a fast-moving descent into an abyss where forces conspire to destroy all that Parker holds dear.

Hailed as a “master storyteller” “(The London Express)” by critics stateside and abroad, Connolly has once again delivered a riveting and suspenseful story that draws readers toward the horrifying crossroads of the past and present, of the living and the dead. “We are trapped not only by our own history but by the histories of all those with whom we choose to share our lives,” he writes. As chillingly as it is beautifully rendered, “The White Road” is sure to tread a frightening path for even the most world-weary crime fiction fan.