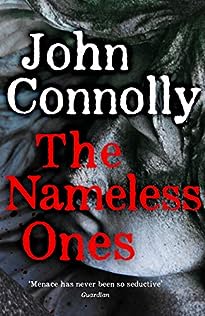 From the international and instant New York Times bestselling author of The Dirty South, the white-knuckled Charlie Parker series returns with this heart-pounding race to hunt down the deadliest of war criminals.

In Amsterdam, four bodies, violently butchered, are discovered in a canal house, the remains of friends and confidantes of the assassin known only as Louis.

The men responsible for the murders are Serbian war criminals. They believe they can escape retribution by retreating to their homeland.

They are wrong. For Louis has come to Europe to hunt them down: five killers to be found and punished before they can vanish into thin air.

There is just one problem. The sixth.

In The Nameless Ones, the reader has to experience the brutality of the Serbian-Croatian war. John Connolly describes the war through moments that revolve around violence and brutality. While Charlie Parker doesn’t appear all too often this in book, the story mostly features his two associates, Louis and Angel, on a hunt across Europe as a pair of crime lord brothers, their friends, and a witch who sometimes crosses over, painted the walls of an Amsterdam safe house with blood.