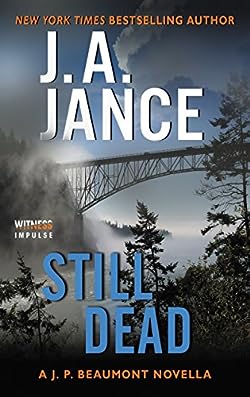 Since the disbanding of the Special Homicide Investigation Team, J. P. Beaumont’s biggest concern is pondering whether he and his wife Mel should finally get a dog. But one voicemail from his old friend Ralph Ames is about to change that.

Through Ralph, Beau has become involved in an organization called The Last Chance, which enlists several retired homicide investigators to tackle long-unsolved cold cases. The one that has just landed on Beau’s plate is a thirty-year-old missing person’s case.

The facts are muddy at best; Janice Marie Harrison’s car was found abandoned near a bridge, and scratched in the dirt nearby was the word “sorry.” It’s possible her death was a suicide, but her body was never found.

And as Beau begins to investigate, he discovers that no one connected to Janice—not her once-all-star football player widower, Anders; not her long-grieving sister, Estelle; not sheriff Gavin Loper, who was deputy sheriff at the time of Janice’s disappearance; and not Anders’s second wife Betsy—is exactly what they seem. The question is, which of them knows the truth?

And why have they kept it buried?