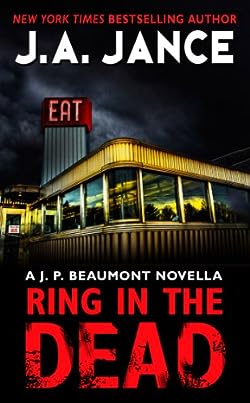 Ring in the Dead

J. P. Beaumont may be an old homicide hand now, but back when he was a rookie working with his first partner, Milton Gurkey—a.k.a. Pickles—things took a turn for the worse . . .

One day, at the end of Beaumont and Pickles’ shift, a stop at the Doghouse restaurant quickly turns deadly. Not feeling well, Pickles steps out into the parking lot for a breath of fresh air and stumbles into a crime in progress.

Suffering from a heart attack, he is found unconscious, with a dead woman on the ground nearby and the murder weapon in his hand.

With Pickles under investigation from Internal Affairs, it’s up to the new kid on the block, J. P. Beaumont, and his friends on the force to find out the truth.