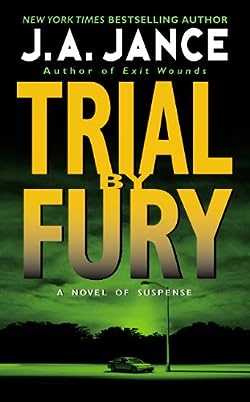 Beaumont guesses his latest case isn’t going to be pleasant when he is called to the crime scene to inspect a naked body found dead in a dumpster. But that turns out to be only the beginning of the story . . .

The dead body of a tall and well-built male discovered in a Seattle dumpster was shocking enough–but equally disturbing was the manner of death.

The victim, a high school coach, had been lynched, leaving behind a very pregnant wife to grieve over his passing and to wonder what dark and disturbing secrets he took to his grave.

A homicide detective with twenty years on the job, J.P. Beaumont knows this case is a powder keg and he fears where this investigation will lead him.

Because the answers lie on the extreme lethal edge of passion and hate, where the wrong kind of love can breed the most terrible brand of justice.