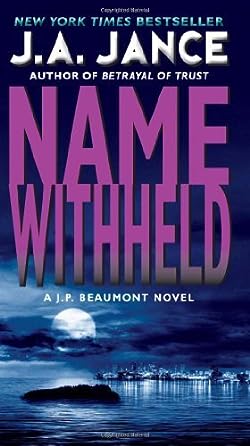 Seattle Police homicide detective J.P. Beaumont is babysitting his best friend’s daughters in his penthouse apartment on a sober New Year’s Day when he is called to investigate a body floating in nearby Elliot Bay.

The case draws Seattle’s favorite detective into the cutting-edge world of biotechnology, where business, as usual, means personal betrayals and selling trade secrets with ruthless efficiency. The more Beau discovers about the corpse, the more he’s convinced that justice has already been served.

Amid an exasperating, eccentric cast of characters and battling with a partner who resents Beau’s inherited wealth, the recovering alcoholic detective discovers that sometimes twelve-step programs don’t have all the answers.

With his personal life converging into his professional one, Beau struggles to find a killer he doesn’t really want to find.