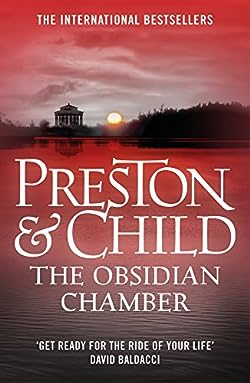 A mysterious death, a shocking resurrection and a breathless chase – the 16th case for Special Agent Aloysius Pendergast

Special Agent Pendergast is missing on his last adventure probably drowned off the coast of Massachusetts. Overwhelmed by grief, Constance Greene, his protégé, retires to his New York estate.

Unsuccessful, Pendergast’s bodyguard Proctor tries to comfort her over the loss. But then events take an unexpected turn: Proctor is overwhelmed and stunned by a mysterious intruder. When he comes to, he has to watch helplessly as the man races away with Constance in a car. But he recognizes the culprit – and takes up the chase all around the globe, through cities, across oceans, and into wastelands unknown.

BUT IN THIS WORLD, NOTHING IS AS IT SEEMS
And by the time Proctor discovers the truth, a terrifying mechanism has stirred — and it may already be too late..