Last Updated on February 7, 2022 Douglas Preston is an American author best known for his collaboration with Lincoln Child in creating the wonderful and unforgettable paranormal thriller series, Pendergast. The books in this series are in fact the first ones I’ve read by this author, however, while waiting for new books in the series, I went out and bought whatever novels each of them has also written separately.

Here are the Douglas Preston books in order for his series and standalone novels, alone and in co-operation with Lincoln Child. 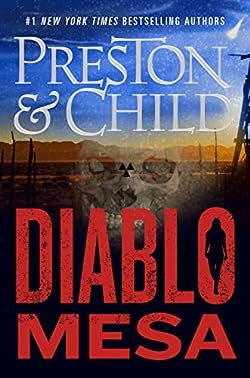 In collaboration with Lincoln Child

Between 1978 to 1985 Preston worked at the American Museum of Natural History, which is the place where he first started writing. He worked there as a  writer, editor, and manager of publications.

In 1985 he wrote his first book, Dinosaurs In the Attic: An Excursion into the American Museum of Natural History, which is a non-fiction story about the museum and its history, describing the museum’s early explorers and expeditions.

An interesting sidenote, the editor of Douglas Preston’s first book was none other than Lincoln Child, the very same author who would become Douglas Preston’s longtime writing partner. This book was the main inspiration behind the idea of creating the Pendergast series.

After leaving the museum, in 1986 Preston moved to Mexico where he began his full-time writing career. The author’s most popular work to date is the Pendergast series, which he wrote in collaboration with Lincoln Child.

In addition to the Pendergast series, Douglas Preston has worked on several other books with Lincoln Child, including the Gideon Crew series, including the Beyond the Ice Limit, and several standalone novels.

Of course, he also wrote solo novels. The author’s first such fiction novel, Jennie, was a book about an adopted chimpanzee. The next solo book he wrote was The Codex, an adventure novel involving hunting for treasures. While this book is standalone, it does introduce us to two characters, Tom Broadbent and Sally Colorado, who would feature in the author’s Wyman Ford series’s first novel,  Tyrannosaur Canyon.

In 2000, the author moved to Florence in Italy with his family. While there, he was interested in the Monster of Florence, a serial killer who was never found. His research in the case resulted in him being arrested and interviews the police in relation to the killing. Douglas Preston describes the whole story in his non-fiction book The Monster of Florence, which was published in 2008. The book was so popular that it not only received several awards in the US and Europe but it is also developed into a movie by 20th Century Fox, featuring George Clooney playing Douglas Preston.

While he has written several solo novels (mostly part of the Wyman Ford series), Douglas Preston has also crafted a good number of non-fiction books, many of them centered around the history of the American Southwest.

In 2010, Douglas Preston took part in the first USO tour along with authors like James Rollins, David Morrell, Steve Berry, and Andy Harp. The group visited two medical centers where they gave away their books. Next, they went to Iraq and Kuwait, visiting the combat zones.

In 2011, author Douglas Preston got the degree of Doctor of Letters from Pomona College.

In 2015 Douglas Preston took part in an expedition where he and the team members would become sick with an incurable tropical disease called mucocutaneous leishmaniasis. On the upside, the team discovered an ancient city in a yet unexplored valley in the Mosquitia mountains of Eastern Honduras. The expedition would be chronicled in the author’s solo non-fiction book, The Lost City of the Monkey God, which was eventually published in 2017. The expedition was sponsored, among others, by the National Geographic, and was led by Steve Elkins, a well-known cinematographer, and explorer.

Currently, the author is on the Board of Governor of the Authors Guild and is also a member of the Long Rider’s Guild, as well as a fellow of the Royal Geographical Society.

Some of Preston’s ancestors are Emily Dickinson, sexologist Robert Latou Dickinson, and the infamous murderer and opium addict Amasa Greenough.