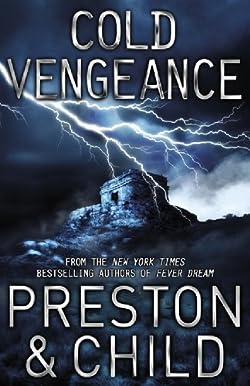 The mystery surrounding Pendergast’s wife becomes increasingly impenetrable and the inspector discovers that he really knew almost nothing about his wife’s past.

After finding out that his wife Helen’s death was not an accident, FBI special agent Aloysius Pendergast has only one goal in life: revenge. Implacable, he persecutes those who betrayed him through the marshes of Louisiana, the streets of New York and even the desolate moors of Scotland. However, what he discovers is only clouded by his vision of what happened: Helen could have been a participant in her own murder.

The layers of entanglement are multiple and hide a plot that originates generations ago and which seems to be more monstrous than he could ever have imagined. Pendergast realizes that everything he believed and everything he understood could be based on a horrible lie.

Nothing is what it seems.