Last Updated on November 4, 2021 Reading the Patricia Cornwell books in order really depends on which series you’re looking at – or whether it’s a series you want to read or her standalone novels, in the first place.

Here is the list of all the Patricia Cornwell books in proper reading order with the series sorted by chronological order with the book numbers within each series in brackets. 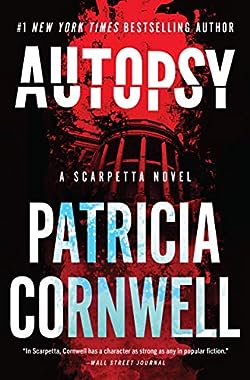 Patricia Cornwell was born in 1956 in Miami and grew up in Montreat, North Carolina.

During her childhood, Patricia suffered extensive emotional abuse. In an interview where she was asked why she is focusing on psychopaths in her books, the author mentioned it’s because she “grew up with terrible fear.” After her father left the family on a Christmas day when Patricia was only 5 years old, she was also molested by a convicted pedophile.

Thankfully nothing really bad happened, but it was enough to shake her to the core. When her brother appeared on his bicycle, the guy was trying to take Patricia to his car, which would have most likely ended up with her death.

Thus, in 1961, her mother took her and her two brothers and moved to Montreal, in North Carolina, since she was fearing for the well-being of her kids. During school, Patricia was quite the bright A student, she was a good athlete and quite the talented cartoonist.

She attended the Davidson College where she earned her English degree in 1979. She got her first job the same year, as working for the Charlotte Observer where she did various jobs, starting from listing TV programs to covering the police beat.

Some of the articles she wrote on prostitution and crime in the downtown Charlotte area brought her a lot of attention, praise, and respect, and this is when she received her first award, the North Carolina Press Association’s Investigative Reporting Award.

In 1981, she began working on the biography of Ruth Bell Graham, wife of the famous evangelist Billy Graham, who took Patricia in when her mother became sick.

After leaving her job as a journalist behind, in 1985 she started working with the Office of the Chief Medical Examiner of Virginia, where she stayed for six years. This is the very place that her fictional character, Kay Scarpetta, would work in as well.

Her first novel, Postmortem, was written during this time, and while initially it was not successfully received, it was eventually published and it became the first book in her popular crime series.

The author is living in Boston where she is working on her next book.

Not many people know, but the author of the popular Kay Scarpetta series has also written a couple of non-fiction books, among them also being also two foodie books as well – and they’re great too!

Of course, when we mentioned Patricia Cornwell, we mostly think of the famous Scarpetta series, featuring the Chief Medical Examiner Kay Scarpetta, working in Massachusetts. The author’s very first novel, Postmortem, published in 1990, is, I think, also her most popular book as well. It is really the book that started a new trend with CSI style novels – forensic anthropology mystery books – that would take the fiction genre by storm.

She also created two additional crime series focusing on Andy Brazil, a young journalist turned cop in Virginia, as well as another other series with center stage taken by Win Garano in Boston.

An interesting side note is that Patricia Cornwell appeared as herself on TV in one of the Criminal Minds episodes, “True Genius.”

Just like Dan Brown, Patricia Cornwell had also legal issues. The author of the Virginia Ghost Murders, Leslie Sachs, accused Patricia of plagiarism for her The Last Precinct novel, saying that the two books have too many similarities to be a mere coincidence. During the trial, Patricia got awarded $37,780 in damages that she had to pay for in order to defend herself from the other author’s attacks. Sachs also was permanently banned from defaming Patricia Cornwell in any shape or form in the future.

In addition, the trials and tribulations of our favorite author were far from over. At some point in her career, she was investigated for a full year by the FBI for political campaign finance fraud. She was absolutely sure that she would end up in prison because once the FBI is investigating someone, the person usually doesn’t get off lightly.

In her book Depraved Heart, Patricia Cornwell made sure to point out just how useless the FBI is at times since they want to get people even when they are completely innocent. This was something like a literary revenge for what she had to endure at the hands of the FBI during that fateful year.

Should We Read The Patricia Cornwell Books In Order?

The question is relevant to her 3 mystery series, but most importantly to her Kay Scarpetta series in order. Having read the books, I’d suggest reading them in publication order – incidentally, in case of all three series, the right chronological order is also the order in which the books were published.

You will see not only Kay Scarpetta developing her personality through the books, but you will also get to learn her relationship with her niece, Lucy Farinelli, which is worth learning about for the intensity of it. Overall sure, you can read them in any order you choose as the action evolved one story per book, but the characters develop, mature and progress from novel to novel. Worth not missing out on it.

As a side note, what I”m really waiting for (aside from the latest Kay Scarpetta book, of course) is the new movie to be played by Angelina Jolie. We don’t know when the movie will air yet (it was initially rumored to air in 2015, but that deadline passed a long time ago).