Tana French is an Irish crime author, who has written the Dublin Murder Squad series. She has also published two collaborative mystery books and standalone novels.

Here are the Tana French books in order of publication and reading. 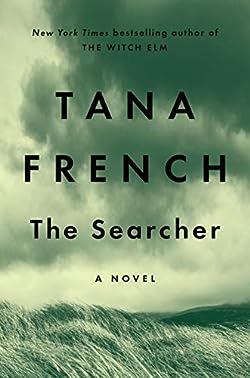 Tana Elizabeth French was born in 1973 in the US in Burlington, Vermont, however, she grew up all over the world, including in countries such as Ireland, Italy, the US, and Malawi due to her father’s job as an economist helping with resource management in the developing world. As a child, she loved reading books, especially crime and mystery novels. As a teenager she also loved writing books, a passion that remained with her until now.

She attended Trinity College in Dublin, where she studied acting to become a professional actress. Over the years, she has worked in theatre, film, and voiceover.  At some point, Tana French settled down in Ireland, moving permanently to Dublin in 1990, a place which she now considers home, where currently lives with her family, which includes her husband and two daughters.

Tana French initially started her career in acting, although she was interested in writing all her life as well. In her 30 her love of books came back with a vengeance, and she started writing her debut novel, In The Woods in the free times between castings. While working on an archaeological site, the dig was not far away from woods which sparked the idea of children running around in the area, and only one coming back, with the other two getting lost. This was the beginning of what would become In The Woods, the first Tana French book.

It was was published in 2007 and it was very positively received both by readers and critics, earning several literary prizes, including the Edgar Award for Best First Novel, the Anthony Award, Macavity Award and the Berry Award. In 2015 the TV series rights have been bought by Euston Films & Veritas.

Her popular series includes currently 6 books, with the latest one published in 2016 under the title The Trespasser, which is one of the books included in the Goodreads Choice Awards in the mystery/thriller genre for 2016.

The popularity of her books is also reflected in the many awards the author Tana French received and was nominated for over the years, including the following:

The Dublin Murders series sparked the creation of a TV series which rights were bought by Euston Films & Veritas in 2015. The screenplay was written by Sarah Phelps, and the series, containing 8 episodes, began filming in 2018. It was broadcast on BBC1 in October 2019.

One Response to “Tana French Books In Order”