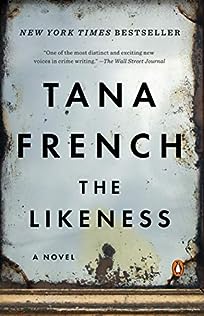 In the “compellingˮ (The Boston Globe) and “pitch perfectˮ (Entertainment Weekly) follow-up to Tana French’s runaway bestseller In the Woods, itʼs six months later and Cassie Maddox has transferred out of the Dublin Murder Squad with no plans to go back—until an urgent telephone call summons her to a grisly crime scene. The victim looks exactly like Cassie and carries ID identifying herself as Alexandra Madison, an alias Cassie once used as an undercover cop. Cassie must discover not only who killed this girl, but, more important, who was this girl?

Tana French follows her stunningly accomplished debut, In the Woods, with an equally compelling psychological mystery that confirms her place as one of the most exciting new voices in crime fiction. Still traumatised by her brush with a psychopath, Detective Cassie Maddox transfers out of the Murder squad and starts a relationship with fellow detective Sam O’Neill.

When he calls her to the scene of his new case, she is shocked to find that the murdered girl is her double. What’s more, her ID shows she is Lexie Madison – the identity Cassie used, years ago, as an undercover detective. With no leads, no suspects and no clues to Lexie’s real identity, Cassie’s old boss spots the opportunity of a lifetime: send Cassie undercover in her place, to tempt the killer out of hiding to finish the job.

New York Times bestselling author Tana French, author of The Witch Elm, is “the most important crime novelist to emerge in the past 10 years” (The Washington Post) and “inspires cultic devotion in readers” (The New Yorker).