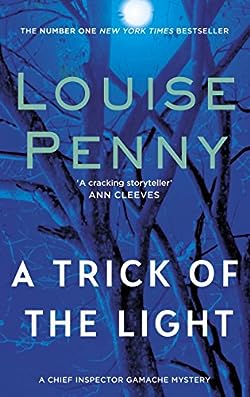 In the green depths of spring, morning breaks on a woman splayed in a bed of flowers – her eyes wide, her neck broken.

Now Lillian herself is dead. Found among the bleeding hearts and lilacs of Clara Morrow’s garden in Three Pines, shattering the celebrations of Clara’s solo show at the famed Musée in Montreal. Chief Inspector Gamache, the head of homicide at the Sûreté du Québec, is called to the tiny Quebec village and there he finds the art world gathered and with it a world of shading and nuance, a world of shadow and light. Where nothing is as it seems.

Behind every smile, there lurks a sneer. Inside every sweet relationship there hides a broken heart. And even when facts are slowly exposed, it is no longer clear to Gamache and his team if what they’ve found is the truth, or simply a trick of the light.