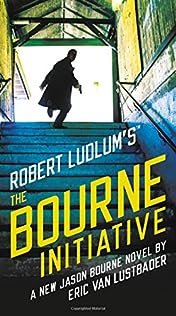 General Boris Karpov, head of the feared Russian FSB, is dead. But Karpov has reached out from the grave with an unstoppable cyber operation he conceived before his murder, aimed at the heart of the United States—a way to steal the president’s nuclear launch codes. Who has taken over the operation? Karpov trusted only one man: Jason Bourne. But can Bourne be working against his own country?

Now Jason Bourne is on the run. His old friend, General Boris Karpov, is dead. But Karpov, once head of the feared FSB, lives on in the cyber weapon he devised before his death, capable of penetrating the heart of America’s final defense: nuclear launch codes.

Both the NSA and Meme LLC, a black off-site cyber opertion, believe Bourne has taken over the enterprise, and a kill team is sent to terminate him for committing treason against the US.

Flushed from cover, hunted by assassins, wounded and nearly killed, Bourne is forced to join forces with his bitterest enemy, a Somali magus named Keyre, whose terrorist organization Bourne once decimated. Now Keyre is more powerful than ever and he might help Bourne, but to what end?

From the Greek island of Skyros to Somalia and the underbelly of Moscow, Bourne must unravel the mystery of Boris Karpov’s last legacy, a weaponized code that may very well bring about the unthinkable: a violent end to America.