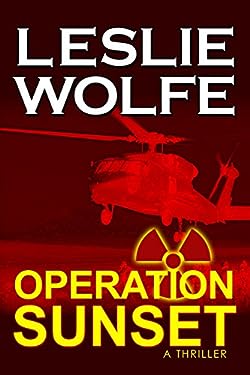 Private investigator Alex Hoffmann returns as the heroine of Operation Sunset. Putting her life on the line and risking it all to hunt down the man who is threatening everything she cares about, Alex is uncompromising and resourceful, taking readers on a breathtaking roller coaster ride in this gripping, engrossing nuclear terrorism thriller.

Alex Hoffmann has a clear mission: to identify and eliminate the deadliest terrorist mastermind in history. She doesn’t know his name. She doesn’t know what he looks like. She only knows he’s Russian. The moment she learns more, it’s already too late. The timers are counting down.

This Russian’s plan doesn’t target a building, a person, or a city. His plan is targeting the future of the United States and its entire people, for decades to come.

She calls it the inconceivable scenario. Will she be able to stop him in time?