Last Updated on August 27, 2020 Reading the Eric Van Lustbader books in order takes us on a journey through the American author’s Nicholas Linnear thriller series. While he has written several other books, including many standalone novels as well, this series is probably one of the best known among lovers of the Japan-inspired thriller genre.

However, some readers might actually know the author for being one of the writers who continued the Jason Bourne series with titles such as The Bourne Legacy, The Bourne Retribution, and The Bourne Enigma.

The author has written so far over 30 crime mystery and thriller novels, not counting his two fantasy series and short stories.

Here are the Eric Van Lustbader books in order for his crime, mystery and thriller books. 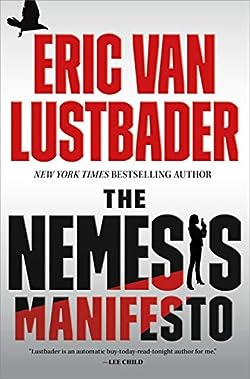 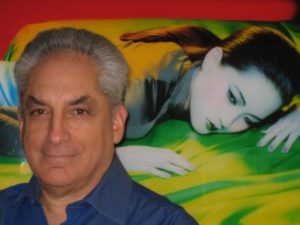 Born in 1946 in Greenwich Village, Eric Van Lustbader grew up with the Carradine (David and Keith) brothers and lived across the famous Lauren Bacall.

He graduated from Columbia College with a degree in sociology and he also got licenses in elementary and early childhood education. Before becoming a full-time writer, he had several jobs, some evolving around education in New York City public schools, as well as the music industry, where he worked for Elektra Records and CBS Records.

In addition, he was also a journalist for Cash Box magazine, a music-biz weekly, where he started writing concert reviews for them for free before being hired full time.

He was in the music business for 13 years, when upon meeting an old friend of his who was writing books, Eric Van Lustbader decided that he could do that as well. He was already tired of every creative decision being done by people who didn’t know much about creativity in the first place.

His first novel was published in 1975 with the title The Sunset Warrior, which was followed by several novels in the same series, which is one of the two fantasy series (along with The Pearl) that he has written apart from his thriller novels.

When not writing books, Eric Van Lustbader is listening to the music while constantly searching for new musical talents (he is the first one to have written about Elton John’s rise to fame in the US). I was excited to hear that he is a level II Reiki master, as I am a level II Reiki practitioner (not yet master level though).

The Ninja Cycle introduces us to Nicholas Linnear, a half-Asian, half-English crime fighter, who features in 8 books so far (the last one published in 2016).

In addition, he also continued the well-known Jason Bourne series (after the passing of Robert Ludlum) and kept the legacy of the beloved spy hero alive, not the least due to the popularity of the TV series featuring Matt Damon, who portrays Bourne so well.