Last Updated on April 12, 2021 Victoria Laurie is the bestselling author of the Psychic Eye Mysteries paranormal series. In addition she has written several other paranormal series including the Ghost Hunter Mystery series, The Life Coach Mystery series, the Oracles of Delphi series, and her new Spellbound series. Here are the Victoria Laurie books in order for her series and every new book that comes out in the future. They are all listed in chronological and publication order. 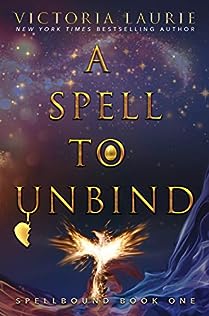 A Young Adult series which consists of 3 books out of 4 – note to readers: the 4th book will not be published, so be warned if you want to start reading it.

I am very fond of the Abbie Cooper novels, having been the first series of this kind that I’ve read, at a time in my life when I enjoyed reading about paranormal topics – both in fiction and non-fiction very much.

All of the Victoria Laurie books are focusing on the paranormal and with a good reason. Each main protagonist has some ESP abilities. Abby Cooper is a professional psychic who is caught up in murders which she has to solve. M.J. Holliday is a medium and a ghost buster no less.

And the author’s standalone novel, When (formerly known as Death Date), features Maddie Flynn, a highschool junior who can see a set of unique numbers on the foreheads of every person she meets, numbers which turn out to be more important than anyone realizes.

It came as no surprise to learn that Victoria Laurie is a real psychic who not only writes books, but also gives psychic readings and consultations over the phone to people all over the world.

However let me just point out that regardless of what you think of psychics in real life, the books are totally worth reading – they’re fun cozies with great main characters and wonderful story lines.

The author’s latest book is A Panicked Premonition, part of the Psychic Eye paranormal mystery series, published in 2017.

One Response to “Victoria Laurie Books In Order”