Last Updated on November 25, 2021 Thomas Perry is an American author with several dozen mystery and thriller books written to date, including his famous Butcher’s Boy and Jane Whitefield series.

Here are the Thomas Perry books in order for his 3 series and his standalone thriller novels. 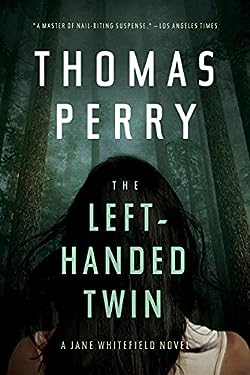 The series focuses on Michael Schaeffer, an anonymous hitman working in Las Vegas and later in England who has been betrayed and hunted by the Mafia.

Jack Till Series in Order

Jack Till is a retired homicide detective with the LAPD, who is now working as a private investigator, working routine, and not so routine cases.

Thomas Perry was born in 1947 in Tonawanda, New York, he attended the Cornell University from where he received his B.A in 1969 and his Ph.D. in English from the University of Rochester in 1974.

Over the years he held several jobs, being a park maintenance man, factory laborer, commercial fisherman, university administrator and teacher, weapons mechanic, along with being a popular mystery writer and producer of prime-time network television shows (including Simon and Simon, 21 Jump Street, Star Trek: The Next Generation).

The first novel I’ve read by this author was The Butcher’s Boy (followed by Metzger’s Dog), both of which made quite an impression on me at the time. Published in 1982, The Butcher’s Boy was Thomas Perry’s debut novel, which won an Edgar Award in 1983.

Reading the Thomas Perry books in order means picking up The Butcher Boy series, which includes 4 books, and his biggest series to date, Jane Whitefield which includes currently 9 books (with the latest novel, The Left-Handed Twin, published in 2021.

To date, I have read most of his books (A String of Beads and his latest standalone novel, Forty Thieves will be my next reads) and I recommend them to anyone who loves a good noir crime/thriller (sometimes funny) novel with strong characters that you can easily get attached to. There is also the Jack Till series with two books published to date.

As to my favorite novel written by Thomas Perry – it’s got to be Metzger’s Dog. It is a standalone novel, but I think it was the first book that introduced me to the concept of ‘comic thriller’ and my new found love for this genre.