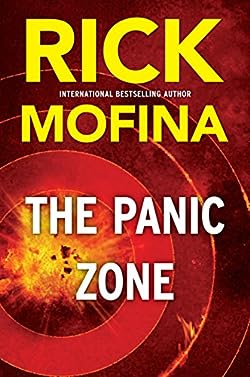 A car crashes in Wyoming: A young mother is thrown clear of the devastating car crash. Dazed, she sees a figure pull her infant son from the flames. Or does she? The police believe it’s a case of trauma playing cruel tricks on the mind, until the night the grief-stricken woman hears a voice through the phone: “Your baby is alive.”

A bomb explodes in a Rio de Janeiro café: The heinous act kills ten people, including two journalists with the World Press Alliance news agency. Jack Gannon’s first international assignment is to find out whether his colleagues were innocent victims or targets who got too close to a huge story.

A Caribbean cruise ends in horror: Doctors are desperate to identify the mysterious cause of a cruise ship passenger’s agonizing death. They turn to the world’s top scientists, who fear that someone has resurrected their long-buried secret research. Research that is now being used as a deadly weapon.

With millions of lives at stake, experts work frantically against time. And as an anguished mother searches for her child and Jack Gannon pursues the truth, an unstoppable force hurls them all into the panic zone.