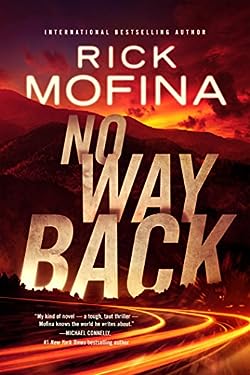 San Francisco crime reporter Tom Reed is burned out. On the day he decides to finally quit the news business, a sensational story breaks. A heart-stopping robbery-homicide at a jewelry store. The suspects have shot and killed a police officer before fleeing with a female hostage. Reed rushes to the scene, his passion resurrected for one last big story.

Arriving at the chaos, Reed is stunned to learn from a staff member, still clutching a receipt, that the hostage is his wife, Ann Reed. Horrified, Reed confronts San Francisco Homicide Inspector Walt Sydowski and other detectives on the case. All know the odds.

Reed is paralyzed with anguish, but his son, Zach, refuses to give up hope of finding his mother, despite the grisly trail left by the killers. Now the clock is ticking down as Reed battles his demons and Sydowski in a life and death search for Ann.