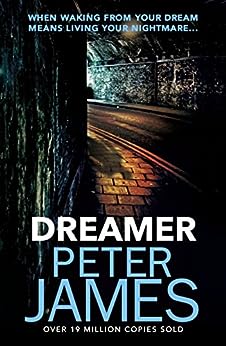 A young woman is plagued by nightmares, some of which later come true, many years after a horrible experience in her youth. After a long agony, she discovers a certain connection between events of the past and the present that gives a certain explanation but still remains in mysticism. An in itself exciting and visually written novel about suffering under mysterious anxiety dreams.

When waking from your dream means living your nightmare… Can dreams kill?

The last time the dream came, Sam was seven years old; and that was the night her parents were to die.

Twenty-five years later, Sam’s nightmares are starting to come true once more. Now a successful TV commercials producer, juggling her roles of career woman, wife and mother, she attempts to shut them out. But soon Sam is faced with the reality of dreams in which her life and that of her family are threatened. In desperation, she consults the experts: a psychiatrist; a clairvoyant … but to no avail.