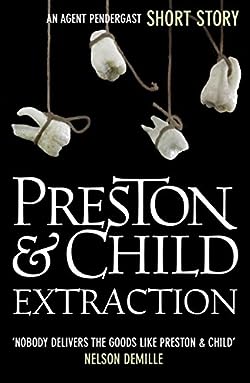 by Douglas Preston and Lincoln Child
Book #12.5 in the Pendergast Series (2012)

This story goes back to the early years of Pendergast who, as a child, was living with Diogenes together.

At age nine, Aloysius Pendergast was already considered practically an adult and superior in all respects to his brother Diogenes, who was six. The brothers were in the large family house in New Orleans under the custody of their uncle Everett.

When the neighborhood children dropped a tooth, they had to give it to a sinister old man who lived in a dilapidated mansion on a full moon night. If they did not, the consequences could be terrible, since the old man would find them and demand his payment.

Aloysius, however, considered this childish and laughable belief and decided to prove it to Diogenes and challenge them all.

However, the older brother would discover that there is another world where logic and reason lose their power, one governed by entirely different laws.