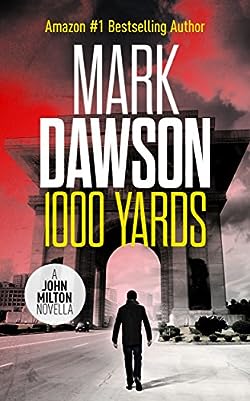 Meet John Milton
He considers himself an artisan. A craftsman. His trade is murder.

Milton is the man the government sends after you when everything else has failed. Ruthless. Brilliant. Anonymous. Lethal. You wouldn’t pick him out of a crowd but you wouldn’t want to be on his list. But now, after ten years, he’s had enough – there’s blood on his hands and he wants out. Trouble is, this job is not one you can just walk away from.

He goes on the run, seeking atonement for his sins by helping the people he meets along the way. But his past cannot be easily forgotten and before long it is Milton who is hunted and not the hunter.

1000 Yards
This 17,000-word novella is an introduction to John Milton, the most dangerous assassin in the pay of Her Majesty’s government.

Milton is sent into North Korea. With nothing but a sniper rifle, bad intentions, and a very particular target, will Milton be able to take on the secret police of the most dangerous failed state on the planet?