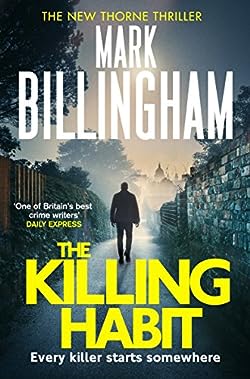 How do you catch a killer who is yet to kill?

We all know the signs. Cruelty, lack of empathy, the killing of animals. Now, pets on suburban London streets are being stalked by a shadow, and it could just be the start.

While DI Nicola Tanner investigates the deadly spread of a dangerous new drug, Tom Thorne is handed a case that he doesn’t take too seriously, until a spate of animal killings points to the work of a serial killer.

DI Tom Thorne knows the psychological profile of such offenders all too well, so when he is tasked with catching a notorious killer of domestic cats, he sees the chance to stop a series of homicides before they happen.

When the two cases come together in a way that neither could have foreseen, both Thorne and Tanner must risk everything to catch two very different killers.