Last Updated on August 27, 2020 Lisa Black is an American forensic scientist and author of two popular crime thriller series, Theresa MacLean and Gardiner & Renner. She also writes books under her real name Elizabeth Becka. Reading the Lisa Black books in order involves picking up all her series and standalone novels written to date under her various aliases.

Here are the Lisa Black Books in order for her series, along with the books published under her various names. 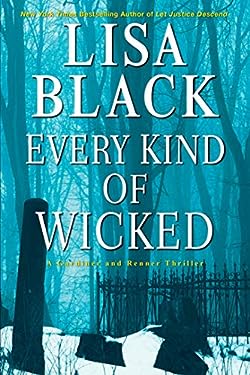 The author Lisa Black was born in 1963 in Cleveland, Ohio. After graduating from high school, she started working as a secretary, a job which she held for 10 years. She then decided to continue her studies and went back to school to get her bachelor’s degree in biology from Cleveland State University.

Her next job cemented her career as a forensic specialist, a career which she still pursues when not writing books. Working at the Cuyahoga County Coroner’s Office, in the fashion of the real CSIs she analyzed gunshot residue on hands and clothing, hairs, paint, DNA, fibers, glass, blood and pretty much anything else that can be considered trace evidence to help put criminals behind bars.

When her husband decided to leave Cleveland and move to sunny Florida, Lisa Black moved with him and took a job with the Cape Coral, Florida police department where she works as a latent print examiner, dealing with fingerprints and crime scenes.

When not processing crime scenes, the author Lisa black is writing books about crime scenes, drawing heavily from her experience, knowledge, and passion for her job. Her books reflect that strongly, along with a slight homesickness, since both series deal with her homeplace, Cleveland.

Theresa MacLean is a forensic scientist, in Cleveland, Ohio, while the second series, Gardiner and Renner deals with Maggie Gardiner, a forensic investigator for the Cleveland Police Department and Jack Renner, a homicide detective with a strange passion by side. He is a vigilante when he believes that justice is not well served.