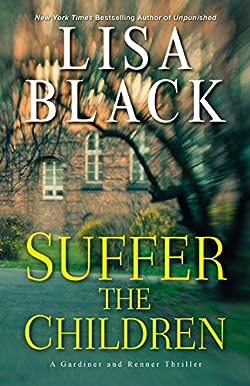 Book #4 in the Gardiner and Renner series (published 2018)

The body of fifteen-year-old Rachael Donahue—abandoned by society, raised in foster homes, and violently unapproachable—has been discovered at the bottom of a stairwell at Firebird, the secure facility for juvenile offenders in Cleveland. For Maggie and Jack, Rachael’s death comes with a disturbing twist—the girl may have been involved with a much older man.

But Rachael’s not the only resident at the center to come to a dead end. Firebird’s ten-year-old “wild child” has overdosed in the infirmary—back-to-back tragedies that appear to be terrible accidents. As a forensic investigator, Maggie knows appearances can be deceiving. And Jack knows all about deceit. That’s why they both suspect a cold-blooded murderer is carrying out a deadly agenda.

As Maggie’s ex-husband gets nearer to uncovering the secrets that Maggie and Jack must hide, it becomes increasingly harder for them to protect a new and vulnerable victim from a killer with unfathomable demons.