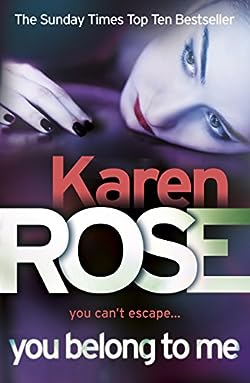 When forensic pathologist Lucy Trask stumbles across a mutilated body in her local Baltimore park, its face unrecognisable, her sole concern is that it might be her old school teacher Mr Pugh.

But the victim is actually another man from her past. Who killed him and why he was left for Lucy to find is unclear but what appears to be a number “1” burned into his back indicates that this corpse won’t be the killer’s last victim.

Baltimore homicide detective J.D. Fitzpatrick has seen a lot of horrific violence both as a cop and during his deployment in Afghanistan, but nothing like the trail of tortured bodies turning up throughout the city. He’s up against a brutal killer with a very personal vendetta, and J.D. is beginning to suspect that his medical examiner may be shielding some crucial evidence linked to the case.

Medical examiner Dr. Lucy Trask is intrigue by J.D.’s compassion, but she isn’t about to mix work with pleasure. Not while there’s a ruthless killer on the loose. And definitely not while she’s keeping a dark secret that could connect her to these vicious killings – and put her next on the killer’s hit list…