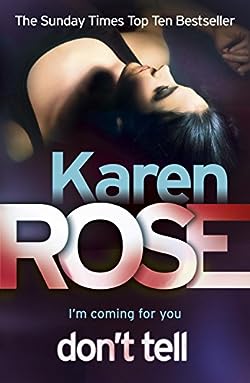 As Caroline Stewart, she has almost forgotten the nightmare she left behind nine years ago. She is even taking a chance on love with Max Hunter, a man with wounds of his own. But her past is about to collide with the present when her husband uncovers her trail and threatens her hard-won peace. Step by step, he’s closing in on her—and everything and everyone she loves.