Last Updated on October 5, 2021 Jennifer Lynn Barnes is the author of the Naturals young adult thriller mystery series, which has been likened by many to Criminal Minds, an FBI series for adults, involving hunting for serial killers. In addition, she is known for her other YA series like Golden, Tattoo, The Squad, The Fixer, and Raised by Wolves.

Here are the Jennifer Lynn Barnes books in order for her numerous series, mostly catering to the young adult thriller reading crowd. 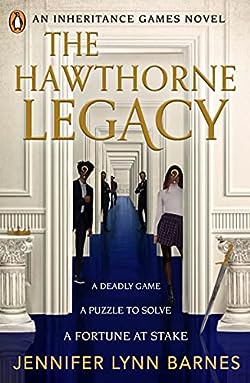 Jennifer Lynn Barnes was born in 1984 in Tulsa, Oklahoma. During high school, she took part in a leadership conference which means going to DC where she met politicians. Here she also did mock versions of diferent parts of the political arena in the capital. This would eventually prove very useful for her series, The Fixer.

After finishing high school in 2002, she enrolled at Yale University from which in 2006 she graduated with a degree in cognitive sciences. When she first went to the university, she had no idea what she would want to focus on, so she took a whole bunch of interesting-looking courses in her first year.

While taking a course where she would work in a lab with monkeys, she fell in love with that area of science, and she finally made her decision on her major. Thus she ended up taking several psychology courses along with linguistics and philosophy, as she became interested in learning how our mind works.

She also received a Fulbright scholarship which allowed her to do research on autism at the University of Cambridge in England.

Jennifer completed her Ph.D. developmental psychology at Yale, after which she went back home to Oklahoma.

She started writing in her early years and finished her first book (which was never published) when she was in high school. Her first published novel was titled Golden, which she wrote when she was 19 and a college student.

She has also started writing The Fixer series, which currently includes two books. This is again a YA series, this time, however, more political in nature and with no paranormal elements in it.

I can highly recommend both series (although my favorite is The Fixer, and I really hope the series will see the addition of more books soon). Reading the Jennifer Lynn Barnes books in order is recommended for each series, in fact. Having caught up to all her books so far, I am glad I picked each book in order not only for the storylines but also for the gradual character progression in each.

The author has several series written to date, all with young adult readers in mind (this doesn’t imply that adults can’t read them – I do and I’m far from a young teen reader), some more paranormal in nature than others. She also has a few standalone novels which are well worth reading.

In an interview, Jennifer Lynn Barnes mentioned that for the Natural series she began first developing the main characters and giving each Natural their important skill. With this, she also gave each the relevant background that would lead to that particular aspect each person would get best at. For writing the Naturals series, Jennifer already had amassed a wealth of information and had background knowledge due to her major in psychology.

Jennifer is a plotter through and through. Before writing a book, she does a lot of careful planning ahead. Her thrillers have always numerous quite shocking twists and turns, so those have to be well-planned in advance for them to in the setting for the book. Before any book is ready, it takes each 2-3 months to be written a first draft, and then an additional two months of revisions.

Jennifer Lynn Barnes works a scientist by day while writing books by night, which allows her to have a double career, albeit a very busy one.

One Response to “Jennifer Lynn Barnes Books In Order”