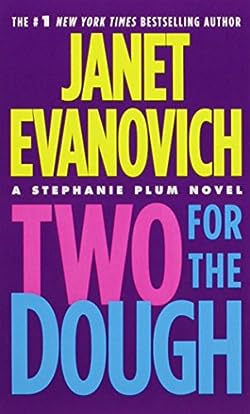 This one’s double the fun!

Bounty hunter Stephanie Plum is still learning the ropes at her cousin Vinnie’s bail bond office, so when she sets out on the trail of Kenny Mancuso – a suspiciously wealthy, working class Trenton boy who has just shot his best friend – the stakes are higher than ever.

Taking pointers from her bounty hunter pal, Ranger, and using her pistol packing Grandma Mazur as a decoy, Stephanie is soon closing in on her mark. But Morelli and his libido are worthy foes. And a more sinister kind of enemy has made his first move… and his next move might be Stephanie’s last.