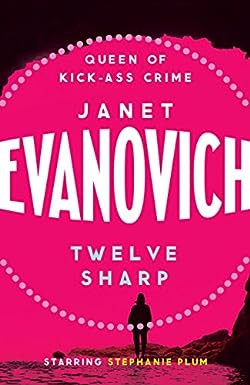 FIRST A STRANGER APPEARS
While chasing down the usual cast of miscreants and weirdos Stephanie discovers that a crazed woman is stalking her.

THEN THE STRANGER REVEALS HER SECRETS
The woman dresses in black, carries a 9mm Glock, and has a bad attitude and a mysterious connection to dark and dangerous Carlos Manoso …street name, Ranger.

NEXT, SOMEBODY DIES
The action turns deadly serious, and Stephanie goes from hunting skips to hunting a murderer.

SOON, THE CHASE IS ON
Ranger needs Stephanie for more reasons than he can say.  And now, the two are working together to find a killer, rescue a missing child, and stop a lunatic from raising the body count.  When Stephanie Plum and Ranger get too close for comfort, vice cop Joe Morelli (her on-again, off-again boyfriend) steps in.

Will the ticking clock stop at the stroke of twelve, or will a stranger in the wind find a way to stop Stephanie Plum…forever?