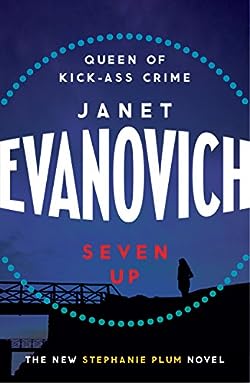 All New Jersey bounty hunter Stephanie Plum has to do is bring in semi-retired bail jumper Eddie DeChooch. For an old man he’s still got a knack for slipping out of sight–and raising hell. How else can Stephanie explain the bullet-riddled corpse in Eddie’s garden?

Who else would have a clue as to why two of Stephanie’s friends suddenly vanished? For answers Stephanie has the devil to pay: her mentor, Ranger. The deal? He’ll give Stephanie all the help she needs–if she gives him everything he wants…

As if things weren’t complicated enough, Stephanie’s just discovered her Grandma Mazur’s own unmentionable alliance with Eddie. Add a series of unnerving break-ins, not to mention the bombshell revelation leveled by Stephanie’s estranged sister, and Stephanie’s ready for some good news.

Unfortunately, a marriage proposal from Joe Morelli, the love of her life, isn’t quite cutting it. And now–murder, a randy paramour, a wily mobster, death threats, extortion, and a triple kidnapping aside–Stephanie’s really got the urge to run for her life…