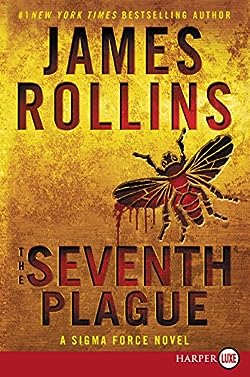 Two years after vanishing into the Sudanese desert, the leader of a British archeological expedition, Professor Harold McCabe, comes stumbling out of the sands, frantic and delirious, but he dies before he can tell his story. The mystery deepens when an autopsy uncovers a bizarre corruption: someone had begun to mummify the professor’s body–while he was still alive.

His strange remains are returned to London for further study when alarming news arrives from Egypt. The medical team who had performed the man’s autopsy has fallen ill with an unknown disease, one that is quickly spreading throughout Cairo. Fearing the worst, a colleague of the professor reaches out to a longtime friend: Painter Crowe, the director of Sigma Force.

The call is urgent, for Professor McCabe had vanished into the desert while searching for proof of the ten plagues of Moses. As the pandemic grows, a disturbing question arises.

Are those plagues starting again?