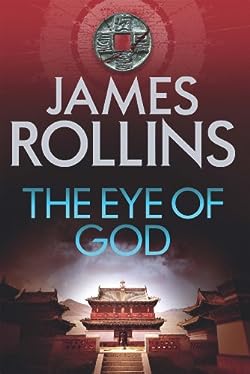 The crash of a U.S. military research satellite in the remote wilds of Mongolia triggers an explosive search for the valuable cargo it holds: a code-black physics project connected to the study of dark energy, the energy connected to the birth of our universe.

But the last blurry image from the falling satellite captures a chilling sight: a frightening look into the future, a view of a smoldering eastern seaboard of the United States in utter ruin.

At the Vatican, a mysterious package arrives for the head of Pontifical ancient studies, sent by a colleague who had vanished a decade earlier. It contains two strange artifacts: a skull scrawled with ancient Aramaic and a tome bound in human skin. DNA testing reveals both are from Genghis Khan — the long-dead Mongol king whose undiscovered tomb is rumored to hold the vast treasures and knowledge of a lost ancient empire.

Commander Gray Pierce, and Sigma — joined by a pair of Vatican historians — race to uncover a truth tied to the fall of the Roman Empire, to a mystery bound in the roots of Christianity’s origins, and to a weapon hidden for centuries that holds the fate of humanity.