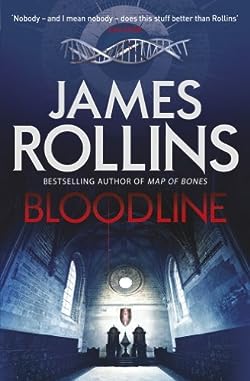 Galilee, 1025. A cunning Templar knight uncovers a holy treasure: the Bachal Isu — the staff of Jesus Christ — a priceless icon that holds a mysterious and terrifying power that will forever change humanity if unleashed.

A millennium later, Somali pirates hijack a yacht off the coast off the Horn of Africa, kidnapping a young pregnant American woman and brutally killing her husband. Painter Crowe and his SIGMA team are enlisted for the top secret rescue mission. The kidnapped woman is Amanda Gant-Bennett, the daughter of U.S. president James Gant. Crowe is more than a little suspicious that the kidnapping masks a far more nefarious plot.

In the field, Commander Gray Pierce leads his small team of operatives into the treacherous African jungle to find the missing woman. But what should be a straightforward rescue turns into a fiery ambush and a deadly act of betrayal. As Commander Pierce and his team discover, the hostage is a pawn in a shattering act of terrorism with dark and shocking repercussions. And the danger is only beginning…