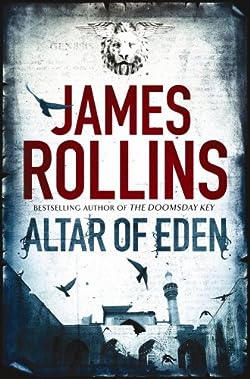 Baghdad falls . . . and armed men are seen looting the city zoo. Amid a hail of bullets, a concealed underground lab is ransacked–and something horrific is set loose upon the world.

But there is something disturbingly wrong with these beasts–each an unsettling mutation of the natural order, all sharing one uncanny trait: incredibly heightened intelligence.

Joining forces with U.S. Border Patrol Agent Jack Menard–a man who shares with her a dark and bloody past–Lorna sets out to uncover the truth about this strange cargo and the terrorist threat it poses. Because a beast escaped the shipwreck and is running amok–and what is about to be born upon the altar of Eden could threaten not only the future of the world but the very foundation of what it means to be human.