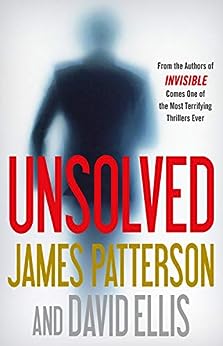 Book #2 in the Invisible series, published 2019

FBI analyst Emmy Dockery’s unique ability to uncover the patterns that others miss has brought her an impressive string of arrests. But a new case – unfolding across the country – has left her looking for something which may not exist.

FBI agent Emmy Dockery is absolutely relentless. She’s young and driven, and her unique skill at seeing connections others miss has brought her an impressive string of arrests. But a shocking new case-unfolding across the country-has left her utterly baffled.

The victims all appear to have died by accident, and seemingly have nothing in common. But this many deaths can’t be a coincidence. Can they?

Emmy’s instincts tell her this is the work of a terrifyingly intelligent serial killer – and she’s determined to prove it. When her obsession with the crimes raises flags within the FBI, she’s in danger of becoming a suspect herself.

But someone else is watching Dockery. Studying, learning, waiting. Until it’s the perfect time to strike.