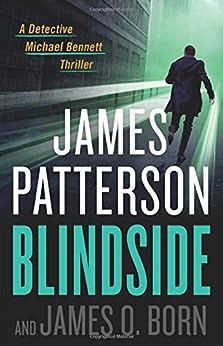 The mayor of New York has a daughter who’s missing. Detective Michael Bennett has a son who’s in prison. Can one father help the other?

After a mugging gone wrong, Detective Michael Bennett becomes public enemy no. 1 when the citizens of New York rally around the dead shooter’s family. Amidst the controversy and media chaos, Bennett must wait for his name to be cleared.

Bennett and the mayor have always had a tense relationship, but now the mayor sees in Bennett an exceptional investigator who might be willing to take on a case that needs to be kept under the radar. The two men strike the deal.

Though he is suspended from active duty, the Mayor has a secret mission for Bennett with an irresistible incentive. Find the Mayor’s missing daughter, and Bennett’s beloved son Brian will be released from prison. Desperate to get back to work and free his son, Bennett sets out to solve the mystery of Natalie’s disappearance.

When Natalie’s friends start turning up dead around the city, Bennett soon realises that wherever she is, Natalie is in more danger than he could have ever imagined. As links start emerging to a dangerous underground hacking network, Bennett must go beyond his jurisdiction to bring Natalie home.

A proud and loving father, Bennett will do whatever it takes to bring his son back to his family. But has Natalie fallen too deep into the dangerous world of the dark web to ever come back?