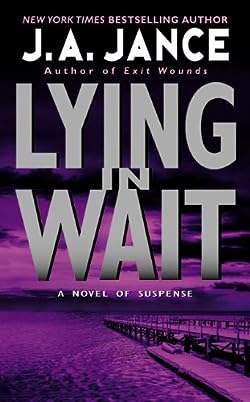 A Seattle fisherman has died badly—bound, tortured and set ablaze aboard his boat on the Puget Sound. And with his death comes disturbing questions . . . and the key to a Pandora’s Box of evil that has remained tightly closed for over half a century.

Else Didriksen is no longer the beautiful, troubled teenager who disappeared from detective J.P. Beaumont’s life thirty years earlier.

Now she is a homicide victim’s widow-frightened, desperate and trapped in a web of murderous greed that reaches out from a time of unrelenting terror.

And the dark, deadly secrets that hold Else prisoner threaten to ensnare Beau and new partner Sue Danielson as well-and to rock their world in ways they never dreamed possible.