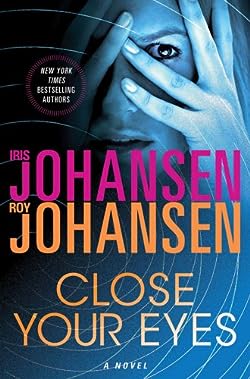 The first book in the Kendra Michaels series (2012)

For the first twenty years of her life, Kendra Michaels grew up blind. In return, her other senses got heightened to an unmatched level. Thus, over the years, she became one of theFBI’s most secret and powerful weapon, who could use her talents in areas of warfare. She works for them as a consultant in some of the most baffling cases.

Kendra is now a music therapist, but her gifts are once again required by the FBI to help solve a case involving Kendra’s ex, Agent Jeff Stedler, who went missing.

Former FBI agent Adam Lynch has been hired by the Justice Department to find out what happened with Jeff. And he desperately needs Kendra’s help to do that.

People who love the Eve Duncan series should definitely pick up this book, as it focuses on Kendra, who also makes several appearances in the Eve series.