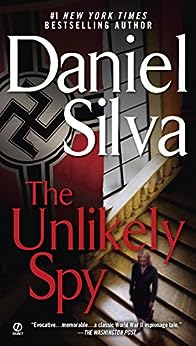 The Nazis, however, have also chosen an unlikely agent: Catherine Blake, a beautiful widow of a war hero, a hospital volunteer – and a Nazi spy under direct orders from Hitler to uncover the Allied plans for D-Day…

Catherine Blake is the beautiful widow of a war hero. She is also a London hospital volunteer and a Nazi spy. Her mission, under direct orders from Hitler, are to uncover the Allied plans for D-Day and seal the German victory.

Fumbling history professor Alfred Vicary is Churchill’s confidante and leader of Britain’s counterintelligence operations. His mission is to stop the unknown traitor at any cost, including his life.