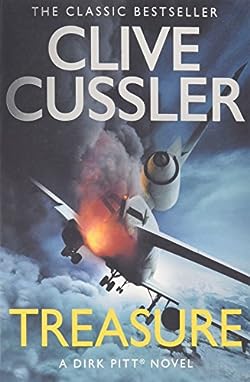 Book #9 in the Dirk Pitt series

Charts of lost gold… breathtaking art and rare volumes… maps of hidden oil and mineral deposits that could change the world’s balance of power.

Now DIRK PITT discovers the secret trail of the treasures of Alexandria– a trail that plunges him into a brutal conspiracy for total domination of the globe. Zealots threaten to unseat the governments of Egypt and Mexico, exposing America to invasion and economic collapse.

Suddenly, from East to West, anarchists reach their deadly tentacles into the heart of the United States. And DIRK PITT, the hard-hitting hero of Clive Cussler’s smash bestsellers Sahara and Inca Gold, is up against the most feared assassin known to man.

An international band of terrorists is making its play for world power on the high seas– and Pitt is the only man alive who can stop them!