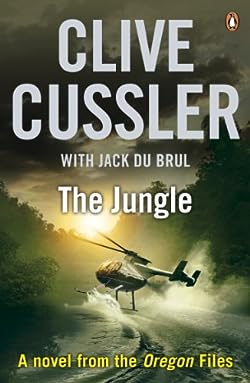 Clive Cussler’s tales of the Oregon and its crew have made fans of hundreds of thousands of readers. And in this latest adventure, a devastating weapon of unbelievable power is sought by a man of unstoppable greed and ambition…

And there are the dark and twisted thoughts of a man bent on near-global domination. To pull off their latest mission, Juan Cabrillo and the crew of the Oregon must survive them all.

A devastating new weapon unleashed in thirteenth-century China…a daring rescue in the snowbound mountains along the Afghanistan/Pakistan border…a woman gone missing in the jungles of northern Thailand and Myanmar…for Cabrillo and his crew, all of these events will come together-leading to the greatest threat against U.S. security that the world has ever known.