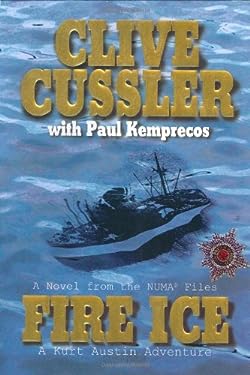 In the Black Sea, Kurt Austin and the NUMA team discover an abandoned submarine base commandeered by a mining tycoon who claims Romanov ancestry. Backed by his incredible wealth, the tycoon has proclaimed himself Czar of Russia.

He is determined to overthrow the already shaky Russian government – and he has a terrifying surprise in store for the Americans that will ensure they don’t interfere. But standing in his way are Kurt Austin and the NUMA team . . .

Packed with the hair-raising action and dazzling imagination that are his hallmarks, Fire Ice is a stunning thriller from a writer at the top of his game.