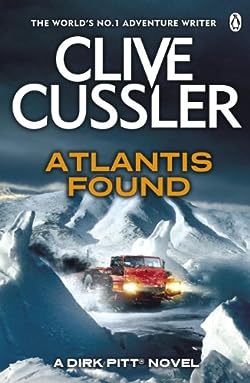 Dirk Pitt discovers Atlantis, in a breathtaking novel from the grand master of adventure fiction.

March 200l: A team of anthropologists gazes in awe at a wall of strange inscriptions, moments before a blast seals them deep within the Colorado rock.

April 200l: A research ship manned by Dirk Pitt and members of the U.S. National Underwater and Marine Agency is set upon and nearly sunk by an impossibility–a vessel that should have died fifty-six years before.

Pitt knows that somehow all these incidents are connected, and his investigations soon land him deep into an ancient mystery with very modern consequences, up against a diabolical enemy unlike any he has ever known, and racing to save not only his own life but the future of the world itself.

The trap is set. The clock is ticking. And only one man stands between earth and Armageddon. . . .