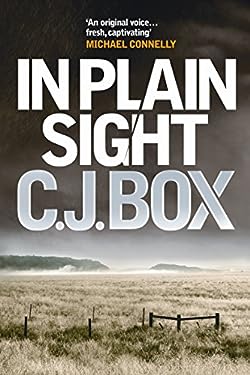 J.W. Keeley is a man with a score to settle. He’s tracked down the one person he blames for his brother’s death: Joe Pickett. And now J.W. is going to make him suffer.

Spring has finally come to Saddlestring, Wyoming, and game warden Joe Pickett is relieved that the long, harsh winter is over. However, a cloud of trouble threatens to spoil the milder weather: local ranch owner and matriarch Opal Scarlett has vanished under suspicious circumstances. Two of her sons, Hank and Arlen, are battling for control of their mother’s multi-million-dollar empire, and their bitter fight threatens to tear the whole valley apart.

Everyone is so caught up in the brothers’ battle that they seem to have forgotten that Opal is missing. Joe is convinced, though, that one of the brothers killed her. When a series of wicked pranks escalates into the most personal kind of violence, Joe starts to wonder whether what’s happening is not connected to Opal’s disappearance – but comes instead from the darkest chapters of his own past. He knows that whoever is after him has a vicious debt to collect and wants him to pay … and pay early.