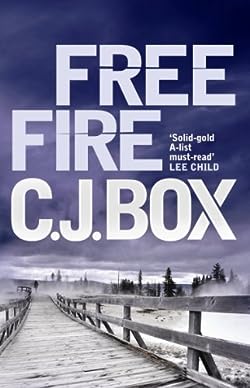 Joe Pickett, having recently been fired from his job as a Wyoming game warden, is working on his father-in-law’s ranch when he receives a call from the governor’s office. Governor Rulon-a devious but down-home politico-has a special request, one Joe knows he can’t refuse.

For weeks, the headlines have been abuzz with the story of Clay McCann, a lawyer who slaughtered four campers in cold blood in a far-off corner of Yellowstone National Park. After the murders, McCann immediately turned himself in at the nearest park ranger station. It seemed like a slam-dunk case for law enforcement-except that the crimes were committed in a thin sliver of land with zero residents and overlapping jurisdiction, the so-called free-fire zone.

Governor Rulon, sensitive to the rising tide of public outrage over the McCann case, wants his own investigation into the murders. The governor will reinstate Joe as a game warden if he’ll go to Yellowstone to investigate. Joe, happy to get his badge back, even under these circumstances, agrees.

However, it quickly becomes clear to Joe that McCann is deeply involved with some illegal activity taking place in the park-something tremendously lucrative and unusually dangerous. As Joe and his partner Nate Romanowski search in the unlikeliest places to find the key to the murders, they find out that it may be hidden in the rugged terrain of the park itself.